Mac version does not open on Monterey.

Hello! I played your game on my stream, had fun! Loved the aesthetic of the game. I didn't know you could use decimals lol. You should consider making programming tutorials using games like this! Would be super neat!

Hey Tomi! I played through your game here:

Congrats on a fun and innovative game! :)
Reply
Zierum4 years ago

hello i just downloaded the game on my mac but theres something wrong with the file ,whenever i unzip it it keeps saying that the application was damaged and heres how it looks like - 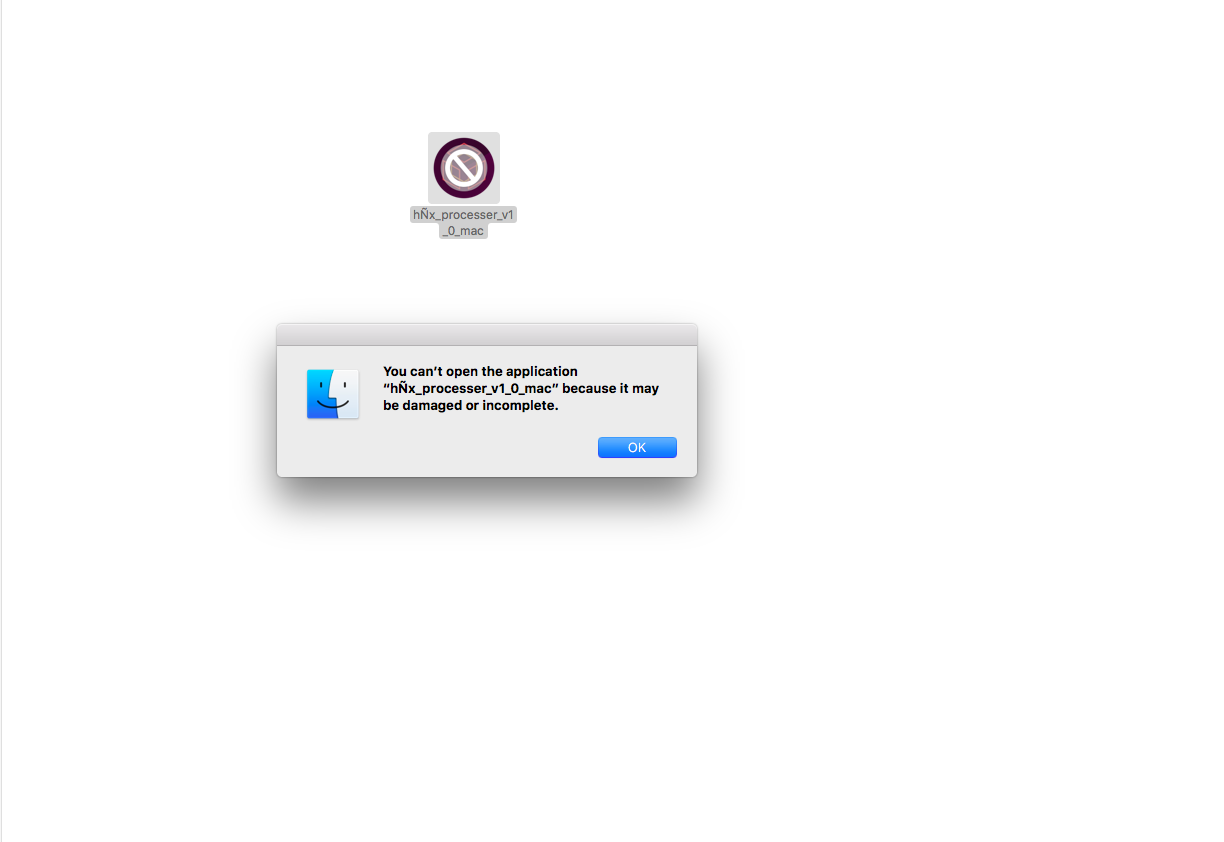 Thank you for the report, and apologies for the fact that it does not work. I will look into it (although, I do not own a Mac). Hopefully it is just an issue with umlauts because that is easy to fix.

thank you i want to play this game so MUCH!!!1

Hi, Tomi! I've been testing the Linux version of the game and unfortunately, it doesn't work quite right. There are a few issues:

1. Installing from the itch.io app and then trying to run the game complains that there are no executables. I think this is probably because of...

2. the executable file(s) need to be marked as executable in Linux to run. Under Linux that's ticking the "executable" box in the file properties, or "chmod +x <filename>", but I don't know how to prepare it under Windows so that's done.

3. Things in general don't seem to like the filename having an accented character in the name (the ä in häx). I get errors when running It is possible to have accented characters in filenames under Linux without a problem, but the filenames need to be in UTF-8, and I don't know how to actually create a zipfile on Windows so that the file will be named properly on Linux. It might be easier to have the file named in plain ASCII, or maybe someone more knowledgeable than me can suggest how to create on Windows in a standard UTF-8 way?

4. Once I've changed the filenames, I can launch the game fine. (And the setup window which asks for screen resolutions works fine.) However, the first move is to type "help", and when I do that, the characters seem to be doubled (so I press "h", "e", "l", "p" and it types "hheellpp", which the game doesn't recognise as a command.

5. Sadly, once I've done step 4, the game freezes and ignores my input; I can't click anywhere or type anything, and it's also locked and hidden the mouse pointer so I can't switch away from the game. I have to kill the game from another window.

6. When launching the game, I get this output, in case it's useful (I renamed the folder to "haxp" and the game to "hxp"):

I'd be happy to help test other versions if that would be helpful; sorry that I can't offer any suggestions on how to fix the above!

I'm really sorry to hear that the game did not work on Linux. Thank you for your thorough testing! I really appreciate it.

I was unable to test the Linux and Mac builds personally, and just compiled them in Unity. I still decided to release them because quite often they don't seem to need further tweaking. I hid the Linux build for now, so that other people will not have to be disappointed.

I can definitely remove the umlauts in filenames. Honestly, I should have done that to begin with. I can probably also find a way to mark the executable as Linux executable somehow. Unfortunately, the issue 4 seems like a much more annoying issue to debug, as the system works as intended in Windows. I will look into whether there are known differences in how the input fields work in Unity between different operating systems. If I find a likely culprit, I will upload a new version of the Linux build.

Again, thank you very much for your thorough report!

The double typing is a known bug in Unity. It's fixed in a coming release. I'm affected by it when I play rust. Everyone laughs at my double-typing characters in chat. I'm told it only affects people using GNOME desktop environment on Linux, and is fixed in a later update to Unity.

Yup, found the bug report as well. I might try to build again using the beta release and hope it does not break any other features. :)

I uploaded a new version (v1.1) of the game here. I got rid of filenames with umlauts (hopefully I got them all), and built the game using a version of Unity that does not have the duplicate input bug. Issue 2 might still be present (i.e. the game is probably not marked as an executable) but I can look further into it once the other issues have been solved. If you are still interested in trying the game out, let me know if there are still issues.

Again, thanks for the feedback!

OK! I have downloaded the new version on Linux and played it all the way through, hooray! You are correct that the executables need marking as executable -- this was fine for me to do by hand, but it will stop the game working when installed through the itch.io desktop app. Also, when running the game in a window, the game hides the mouse pointer and disables switching away from the app, which is a bit disconcerting and rather defeats the point of running it in a window :-) But it does run successfully now, and I have played it and enjoyed it on Linux; nice work!

Thank you for playing!